From the 3rd to the 19th of August of 2006 organized by Municipal Gallery of Montijo .

From the 3rd to the 19th of August of 2006 the Municipal Gallery of Montijo organized: "13 Artists | Digital Art".

“13 Artists I Digital Art” and “New Symbologies I Performance and Limits”.

The first exhibition, of a broad character, gathers authors who, in a certain way, have participated at the beginning of the Digital Art in Portugal: Américo Silva and João Menéres; along with an intermediate generation: Ana Rosário Nunes, Mário Cabrita Gil, Vasco Azevedo e Silva and other younger authors who have learned and diversified this inheritance: Andreia Neves Nunes, Catarina Araújo, D’Aguiam, Paula Nobre, Ricardo Castro, Rute Rosas and Tânia Araújo.Thus, the proposals presented will account, even if not extensively, for what has been the evolution of the Digital Art in Portugal, in the field of Digital Photography, Performance and Video Performance.

The second exhibition aims at reflecting on the concept of new symbologies (v. interdependences with a thought of abstract matrix) – inspirator, cause and effect of a computer’s civilization and which tends to substitute the qualities of the living being by a certain spiritualistic magnetism.

It includes, besides almost all the quoted names: Albertina Mântua, Jaime Silva, Gonçalo Ruivo, Lúcia Vasconcelos, Paiva Raposo and Catarina Cabral – who, in areas such as Drawing, Painting and analogical Photography, constitute the clarifying and argumentative pole of this exhibition.

With its matrix set on the tangible, the analogical thought, of relational nature, supports our daily existence, and enables to establish links between the man and the surrounding world.

It presupposes the valuation of the eye and the look, the importance of the hand. Because, it is obvious, the domainof doing is prior to the thought. We live today, in what has been designed to nominate: image civilization, but, in fact, we can acknowledge it has of: image inflation. We should speak of exact inter-relation, according to our brain’s model of progressive specialization, between the sight and the thought. We are, however, submersed in static apriorisms, ratings, calculations and predictions.

Through the image manipulation, the artists of these exhibitions acquire an interrogative freedom, which is experienced in their works. They manifest an acute conscience of both their own and the other’s body, viewed as near and distant. They reflect on the concept of identity. They move forward in the domains of the unconsciousness, in drawings that disclose the invisible through the visible; either they refigure the fundaments of the perceptive act; or they question the painting asdomain of unnoticeable image, in full inter-subjective communication. Interconnected sights and various queries, these are, therefore, the core that supports these exhibitions, of which several illations will be drawn out.

For me, one has to rethink the human as human; to relocate the lived, the existence, in what it has of most striking: the innumerable, the randomness, the indetermination.

Most of the texts on this site are written in Portuguese as originally written by their authors. 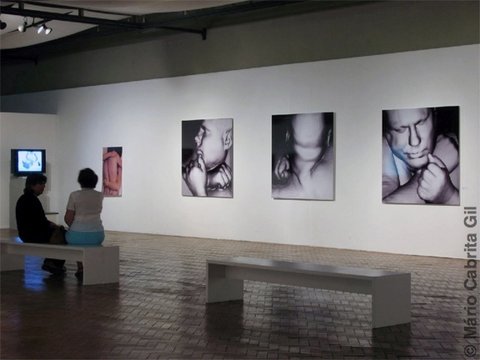 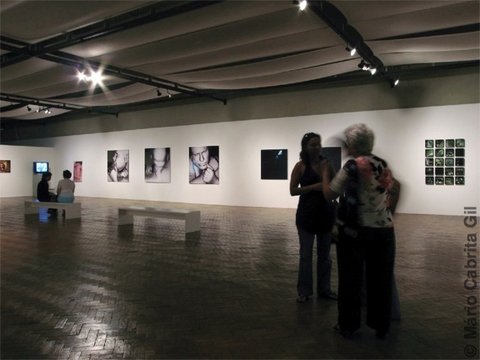